NORVI industrial controllers with the aim of helping the industrial manufacturers, to gain greater visibility and insights into their operations, provide IoT solutions via the programmable IoT devices. The ESP32/STM32 based NORVI devices come equipped with digital and analog I/O enabling them to detect digital logic states (for sensor reading and counting), to read analog inputs (for voltage/current measurements) and to control applications based on relay & transistor outputs. Variety of models in the NORVI lineup can be used in various applications like flow rate, pressure, and etc. Unlike traditional controllers, these devices are designed to be durable and able to withstand harsh environments, making them ideal for industrial use. They’re all built to the IEC specification, which defines a current/voltage range and interfaces for industrial applications.

The NORVI  devices come with WiFi(for ESP32 based devices), RS-485 and Ethernet connectivity as standard with GSM/LTE, NB-IoT, LoRa as additional options on request, offering a wide range of communication options. NORVI controllers can be used as modbus devices using RS-485 modbus support or modbus over Ethernet support, with the given RS-485 and Ethernet connectivity options.

NORVI IoT controllers also support MQTT protocol. Traditional automation products and protocols typically require a stringent setup and hierarchy to move data from a field sensor to a field controller, to a site network, to a PC data center, and then to the cloud. It can be difficult to create and manage these types of implementations. MQTT, which includes multiple functions to satisfy the needs of Industrial IoT, has risen to popularity as a protocol for solving this issue.

Consider a cloud-controlled device that can monitor the humidity in a farm from afar. In the case of the HTTP protocol, the system will have to send out GET requests on a regular basis to check for changes in an attribute, such as “Voltage  Variable,” and then take action based on the most recent reading.This necessitates a huge number of requests, and it isn’t entirely real-time because it is dependent on the polling frequency. MQTT allows the user to listen to the cloud and receive notifications only when a variable changes. The communication between the computer and the cloud is kept open in this manner, but data only moves when it is needed, saving battery life and network bandwidth while enhancing real-time performance.

So it is clear that MQTT-capable industrial automation devices are the latest approach for combining commercial and industrial automation with the cloud using IoT principles in a cost-effective, safe, and reliable manner. Users only need to do some basic legwork after choosing a programmable MQTT device like NORVI to create the MQTT link. Furthermore, as compared to PLC devices that perform the same role in an industrial setting, the NORVI controllers are much more affordable.

Refer to these comprehensive articles for step-by-step guidance on working with the NORVI devices. https://www.instructables.com/member/Iconic%20Devices/instructables/ 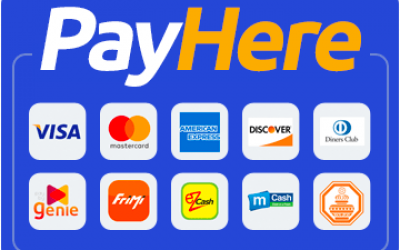